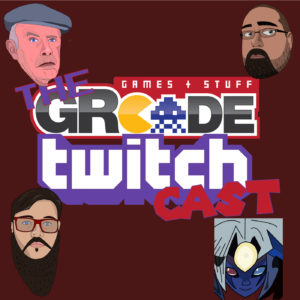 This week on the GRcade Twitchcast your hosts are Doom Spoon, Pedz, Victor Mildew and making his first appearance, Yubellion.

The guys this week talk about the Playstation State of Play that was shown on the 21st of February. We discuss the games that were shown and our interest in them.

Afterwards, we answer a few questions from the GRcade forum itself. During this time Victor Mildew has to leave.

Lastly, we talk about Pokémon. There was a Pokémon Showcase released on the 26th of February and we talk about the new footage of New Pokémon Snap, the Remake and the new game coming in 2022.