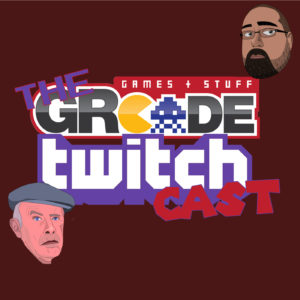 In this latest episode of the GRcade TwitchcastVictor wanted to talk about the cancellation of GDC (Games Developer Conference) due to the Corona Virus (CoVid19) outbreak. Both muse over what other events and conferences could face the same fate.

Victor also talks about Half-Life 2 Episodes 1 and 2 in the run-up to Half-Life: Alyx. Describing how his views may or may not have changed after several years of not playing them.

Lastly, Pedz looks at some of the games upcoming this month and asks what Victor is interested in. Doom, Animal Crossing, Half-Life- Alyx are games that at least one of the two are interested in.