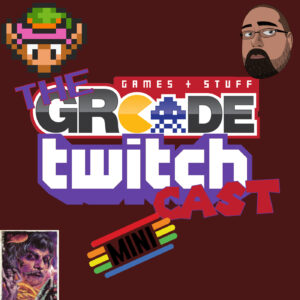 The topic of conversation on this episode is Nintendo’s online service, specifically the Nintendo Switch Online+ Expansion Pack. The chat varies from the quality of the games, the emulation, the games line-up and how they actually feel to play, as well as a little test to see how bad the online is. Obviously, how it plays for the guys doesn’t mean it’ll be like it for everyone else, but it’s much better than expected. 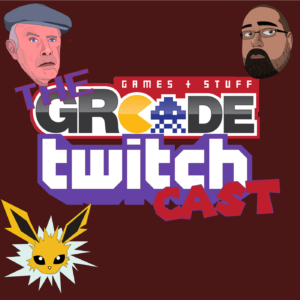 This week on your not quite weekly GRcade Twitchcast your hosts are Corazon de Leon, Pedz and lastly Victor Mildew.

In this episode why try to give a brief overview of the news and announcements ranging from the Xbox Game Reveal to the Newest Nintendo Partner Direct. The issue is that there is so much information at the moment we weren’t able to talk about everything or slightly touched on a topic. we did talk a fair bit about Microsoft purchasing Zenimax Media and what that may entail with the companies and IPs that came with it.

We also talked about the Playstation 5 and the games revealed and if anyone was disappointed with the news that several of the games at launch will be cross-generation titles which also brought up the issues, well at least to us, on a digital-only console.

Microsoft’s Xbox X-series was touched upon with thoughts on Halo Infinite along with whether we would like to purchase one or now.

Nintendo was talked about with Super Mario 3D All-Stars and a few other games were mentioned also.

Doom and Pedz are the hosts this week.

There is a point where Doom has to leave but joins via his phone on HANDS-FREE to continue talking, but for a short period of time Pedz is left on his own. While Pedz likes talking he feels that he needs a person to bounce off and being alone is where the awkwardness of the title is from. Silly Pedz.

Big 3 under UK investigation over online games and services

Borderlands 3 will have the best gun ever and Rage 2 has the best cheat ever. A little about some cool little odd things in games.

Microsoft set to reveal Game Pass ultimate, which is both Game Pass and XBL Gold and will be cheaper than being bought separately.

And then there’s the Xbox Live Gold price increase in the UK only, Wonder what is the cause of this….?