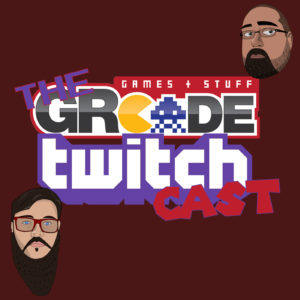 The conversation starts with the Xbox event that was in London – X019. The guys go through the announcements at the show, but as neither saw it all live, they didn’t see every announcement. However, they did see the majority of the games; they were:

Some of the games shown coming to Gamepass

With X019 talking about Project Xcloud and Google’s Stadia service launching both before the Twitchcast, Doom and Pedz together think it would be a good idea to discuss them both. Stadia is seemingly having a bad launch and Project Xcloud is still in a beta stage, gradually being rolled out to more people.

Lastly, the conversation turns to Pokémon Sword & Shield, in which the guys discuss the game and some of the controversy surrounding it after its launch.

In this newest episode of the GRcade Twitchcast, the guys talk about their very own personal game of the year and explain why that is. They also talk about they’re personal surprise and disappointment too. I wonder how many people will align their views with the cast this week? I’m guessing a few with Kriken and less with Pedz and Doom.

Thanks for listening and we’ll have another episode soon! Don’t forget to check us out on Twitch!