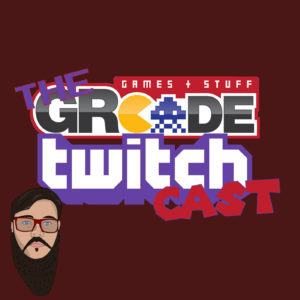 This week, only The Doom Spoon is available to take part in the Twitchcast.

Doom has a lot to talk about too. First off there’s the State of Play, which had Sony show a few new games.

Afterwards, there was the Nindies, or as it’s fairly recently changed to Indie World. Which again shows a fair few new titles and gives dates for some already announced things.

First off, I need to apologise for the technical difficulties during the stream, This Twitchcast is streamed live on Twitch and all the members who take part use Discord due to being in different locations across the UK. The problems were mainly with Discord and voices cutting out. If it was recorded and streamed, there wouldn’t have been any change in the problems due to it being via Discord, and the one time the stream cut out meant things weren’t caught and again if it was being recorded it wouldn’t have been picked up as Discord itself disconnected. Again, I can only apologise for this, but I guess this is one of the biggest obstacles of doing a podcast live on Twitch. It hasn’t been a problem until now, and I think the fact that the Twitchcast is interactive with the audience as it’s streamed makes up for that, so I hope you all still enjoy this episode and let’s hope to technical difficulties doing one and not coming back.

The hosts this week are the Doom Spoon, Jazzem, Legendary Slam, Lord Aten and Pedz. The guys chat about the news of Google and its entry into the gaming space with Stadia. Views are mixed on this, and there are good and point points brought up by everyone.

Then talk goes into The latest Nintendo Indie Developer Direct, where only Doom, Jazzem and Pedz discuss this. One guy is underwhelmed, can you guess who?