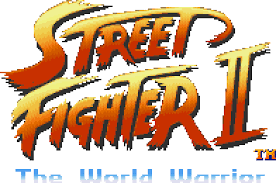 Nintendo scored a massive triumph over their main rival Sega in 1992 when they managed to secure the first console port of this game. They knew it would  make sales of there Super Nintendo hit new heights.

When the first previews started to pour in there was one thing they would say – one rough statement that would be in there among the praise and excitement that was “this conversion looks to be arcade perfect”. In all honesty this wasn’t quite true, the conversion was not arcade perfect but it was so close that without the arcade machine and home version side-by-side and a well-trained eye the differences were too slight to care about given how fun the game could be.

I am sure by now some of you will have realised what game I am talking about, and if not then I am sure it will soon dawn on you. This game was responsible for the sudden increase of a whole genre and, just as Nintendo hoped, it did cause its machine to fly off shelves. I remember the pure desperation kids at my school had when it came to trying to get their hands on it, copies had sold out locally, adults had even resorted to buying new SNES’ which were bundled with a copy of the game. A lad brought an US NTSC copy of the game into school, just the cartridge – no box, no manual – and when he removed it from his school bag and laid it on the table people just wanted to look at it and to touch it. You would have thought he had produced the holly grail from his small brown satchel bag.

I am of course talking about Street Fighter II: The World Warrior. Having grown up playing on the Atari 2600, the Spectrum the NES and Master System having two buttons seemed revolutionary to me. So the fact the SNES had six main buttons, and all six of these would be used in Street Fighter II almost blew my mind. This small little point made it feel like an arcade game in your home. I had of course played Street Fighter II in the arcade and I have to admit back then that when I got to play the SNES version the subtle differences were not picked up by me at all.

So now I will talk about the game. There are eight playable characters – you pick one and then you fight the other seven. Get past these and you have to take on the four boss characters who are not playable in this version. The graphics are still decent, I think they’ve aged quite well. The music though – I absolutely love the music. I think Capcom just ticked every single box, there are elements in the music which seem to remind you of the country and character the tune belongs to but then all of them seem to be upbeat and full of energy. They also seem to speed up in tempo to follow the action going on around them and this affects you inside on a deep level. The music gets faster, you feel you can get faster, you feel you can take out your enemy even quicker even more stylishly. With eight selectable difficulties there should be one which is just the right side of challenging for more or less anybody. With a little effort the special moves are easy enough for anyone to learn and once you know the sequences they work pretty much every time unlike some of the others which tried to copy this game.

Special mention needs to be made to the bonus level smashing the car up. Yes, it is somewhat borrowed from Final Fight but it is so satisfying. This game has a lot of re-playability. First there is the fact you can try to see the ending for each character but then with the vast amount of difficulty settings on offer you can keep upping the difficulty giving yourself a new goal to strive for and the skills you gain in doing this can then be used to show your friends who the boss is in multiplayer.

I would give this game a nice solid eight out of 10. I have owned my cart for so long that I cant remember how much I paid, in fact I have two carts, one PAL and one NTSC. This is one of the games were a lot of people have a lot to say about the PAL conversion – the fact it is slower and it has fairly sizeable boarders. Personally it doesn’t bother me, unless you run the two versions side by side you’ll never notice.

Should you buy this if you own a SNES? Well this is where things get a little tough. It is the first of three versions released for the machine, all of which have made there way to the Virtual Console service. If you do decide you want this version on cartridge it will set you back between £5 to £10, which is well worth it, but you might want to stop and consider all of your options first. If you own a PS3 or Xbox 360, then for £15 to £20 you can get Ultra Street Fighter IV.

Demon’s Crest is a spin-off from Ghost ‘n Goblins and is the third game in the Gargoyle’s Quest series. It came out in Japan and the US in 1994, but again Europe had to wait longer and we got it in 1995. The game was developed by Capcom.

The game is a platformer with a few RPG elements thrown in. Unlike Ghosts ‘n Goblins, where you play a brave knight trying to save a princess, Firebrand –the player’s character – is on a quest to become ruler of the demon kingdom and get back special crests that were stolen from him. When combined the crests give him infinite power. Firebrand has the ability to shoot fireballs, and kinda fly, he stays in place and can move left or right, but he cannot ascend. After collecting more of the crests he gains abilities to change into different forms, I only got one crest and was able to turn into G. Gargoyle which allowed me to break statues. It also gave me a different fire attack that was needed to fight a boss as Firebrand’s attack didn’t work.

You get more forms and magic as you progress through the game too. There is a form that does allow you to fly properly. The gameplay is great, it’s fun fireballing various demons and trying to make progress in a world that is quite open as to where you go via the map where you can fly to different locations. It’s not an easy game mind – bosses are tough and you have to be careful and think about the boss patterns to get anywhere. It isn’t unfair though, and when you die you realise what you’re doing wrong, even if only a little at a time.

Visually the game is great, the detail on the sprites is great and stand out as some of the best on the SNES. The backgrounds are detailed, the levels’ foregrounds are dark and grim, it’s lovely to look at. The music is also great for the game, with its gothic sound and eerie vibe. It really adds to the atmosphere and accompanies the demon world so well.

Hi everyone. I’m here to let you know what I thought of U.N. Squadron after a week or so’s break.

It was made by Capcom and was originally an arcade game that came out in 1989. It was later released on consoles, and the version I’m playing was released on the SNES in 1991 (and 1992 in Europe).

We’ll start off with the basics. It’s a side-on side scrolling shooter – think R-Type or Gradius – but with a more modern skin than the futuristic space battle of those aforementioned games. You can pick between three characters, of which I have no clue as to what they do other than changing the portrait on your HUD.

You take down enemy helicopters, planes, tanks, gun emplacements and all that jazz. It doesn’t really do anything special and I don’t think it stands out from the crowd when it comes to its genre. One thing that is different to the usual is a levelling system, as you pick up power-ups that give you experience to level instead of getting power-ups that give you different weapons. You also don’t have one-hit deaths, instead you have a health bar and you don’t lose your level when you die. You also have a map screen to pick where you go next, kind of like Bionic Commando, but you have vehicles that move towards your base slowing progress, more so when they get there as you have to beat the vehicle’s stage to carry on with normal progression.

Visually the game is a mixed bag. The sprites are rather nice, but the backgrounds just seem a little bland. It’s probably as there’s going to be points where the game gets really busy, but I would say overall it’s pretty nice to look at. Musically it’s pretty good too. The music is really catchy and the first level has a sort of sinister undertone to it. I think the nice beefy sound effects elevate the action.