Ultraman is a fighting game based on the TV series Ultraman: Towards the Future.

It was originally released in arcades by Banpresto and Bandai but was then ported to the SNES (it was also ported to the Mega Drive two years later, but this version only came out in Japan).

I knew before I started this game was considered to be legendarily bad. That it was one of the games to own titles such as ‘worst game ever’, ‘worst game on the SNES’ and various others, which basically amount to say this game is an utter turd.

However, one thing which is annoying about a lot of gamers and even the games media is people talk about games like this without ever having played them. In much the same way that when you ask most people what’s the worst game ever they will throw out answers like E.T. the Extra-Terrestrial on the Atari 2600 or Superman 64 without ever having seen the cartridge in real life.

So with the above said you will probably get the point that even if a game has been called bad by almost everyone and every media outlet out there I still like to put it in my own cartridge slot or CD draw before I am willing to comment on it. I have played E.T., I have played Superman 64 and now I have played Ultraman. I would like to be able to tell you that some of its awfulness is just the product of ever expanding urban legends, that people tried to one up each other with tales of its awfulness and in doing so exaggerated some of its issues. But unfortunately everything that has ever been said about this is true – it is awful.

So to run you through how my time with the game went I will give you a quick explanation. I put the game in and it loaded up the music was OK the presentation wasn’t too bad at all but then I got to the gameplay. For those of you who don’t know who Ultraman is I will give you a basic idea. Imagine a one man power ranger team, where instead of getting in a giant robot if enemies turn big, the dude just turns big himself and that’s pretty much all you really need to know. So you see a scene of him growing and then it’s time to fight. At first you see Ultraman facing off against a monster and you see the power bars with names on under both sides of the screen, your’s on one side the monster’s on the other, and that makes you think we are in the land of Street Fighter II clones again. If only it was a good or even average Street Fighter clone.

Ultraman controls like he has some kind of serious impairment. The way he moves backwards and forwards is clunky. You can never seem to back off quick enough, even though you can do a sort of backwards cartwheel. You can run forward quite fast. The game makes you realise things which are brilliant in the likes of Street Fighter II which you took for granted could have been far, far worse. The jumping in Ultraman is controlled with one of the pad’s face buttons, but it’s so floaty that jump attacks are hardly worth bothering with. In fact the only point to jumping would be to jump over the enemy to gain yourself a bit of breathing room. Of the other three face buttons, one is a punch, one is a kick and the third is your special move button. This is when things get a bit complicated.

On my first go I managed to punch and kick the monster until its energy bar was depleted. This was a chore as there was basically only two kinds of punch – a straight punch and an uppercut style punch – and two kicks – a straight kick and a little jumping fancy kick. Yes, there are no crouching attacks, and different kicks or punches don’t seem to happen if you hold back or press the button for longer or anything, so basically there are four standard attacking moves – six if you count the fact you can chop or kick while in the air (I say if you can count as these will hardly ever hit anything). So ‘finish him’ shows up in the enemy’s depleted energy bar, so I hit him a lot more, and he hits me back lowering my energy. I press the special button and a sort of fireball attack is launched which hits him but doesn’t do anything much. Five minutes latter he has beaten my bar down to zero. Do I carry on like he has and wait for him to ‘finish me’? No, I collapse on the floor and die. So I continue and the same happens again, and again, and again…

At this point it’s safe to say I was very frustrated. I knew I was going to have to do one of two things. I was either going to have to open the manual or I was going to have to dive online. Now something is wrong when you feel the need to run for help during what to all intents and purposes is the first stage of a video game. It turned out the answer was halfway through the manual. There’s a meter in between yours and his which shows how much special energy you have and also displays some choices. As you gain more energy you can choose other special moves. You actually have four of them and when it says finish him only one thing will kill the enemy and that’s to hit them with the fourth special move.

So with this knowledge in hand I again did battle with the first monster. I wore down his energy bar and then hit him with the move and bam, he blew up, job done. I soon learned the problem is you need to beat the enemy up quiet a bit to fill your bar so there’s basically no point using the special moves apart from to use the fourth one to blow up the enemy. Because if you do use the other ones all it will mean is that you’re dancing backwards and forwards kicking an enemy while it says finish him waiting to gain the needed energy, giving it a chance to kill you.

That’s the main problem – the enemies have better reach than you do. They also seem to move more quickly than you do and they can kill you by simply depleting your energy bar without having to do any fancy rubbish to see you off. Add to this the fact their attacks seem to be very quick and damaging, and you can see your plight. When you win it often isn’t because of how good you have been its because the random gods of chance shone in your favour. In one match against an enemy he can breath fire at you again and again, as well as hitting you before you can even reach him. Then in your next match he can seem to just stand there while you approach and punch him in the face again and again. It just feels less like the enemies have any real AI and instead some dice are being thrown in the background the results of which tell them to attack, to shoot fire or to just sit there like a lemon. 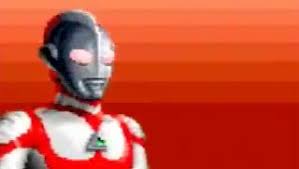 Apparently there are about eight monsters in the game but I couldn’t get past the fifth. Its reach was just too good. It kept shooting fire and I didn’t have the patience to wait for it to keep rolling lemons. Add to this the fact you get a limited amount of continues. You get about two but I did notice myself gaining an extra one due to points/score at one stage.

The graphics in game are rubbish – basic backgrounds, awful sprites – but this could be overlooked if the game wasn’t such a sluggish random mess. As it stands I have to give this game two out of 10. It’s basically broken but kind of has some degree of playability hence the fact I haven’t given it a one. It is by far the worse SNES game I have played during this little experiment of mine, and I can’t remember playing anything else this bad back in the day. I do own another game which was frequently referred to as the worst game on the SNES so we will have to wait and see how that measures up.

If you love bad games or your some kind of sadomasochist who is rubbing their nipples at the thought of playing this then I better give you the lowdown on how much it costs. My copy was £5 from a charity shop boxed with manual and that still feels expensive. The cheapest PAL copy I could find online was £5.99 but it looked like a bear had attacked the front label. There was a boxed copy or two for £15 but seriously buy some good games with that money instead. Or if you’re really that into pain at least save up a bit more and pay a good looking woman to whip you or something. At least, unlike with Ultraman, the view will be nice while you suffer.