Sometimes there is a game series that just seems to pop up in your life again and again. I did a lot of my gaming on the spectrum to start with and I played a heck of a lot on a certain 9 or 10 games, one of these games was ghouls and goblins. Now the game worked on the spectrum it was perfectly playable but like a lot of spectrum games the game was playable but the graphics and the colours used were a mess. At the time we dealt with them because well hey that’s all we had. Compare this to now days when if a game on the current generation of Xbox one’s and PS4 doesn’t hit 1080p at a constant of at least 30 frames per second then it is considered to some degree to be a failure. I could go on to a whole rant about how gamers now days can be so judgemental or how kids have grown up as graphical whores who seem to deny a game any merit unless it meets a certain set of numerical standards, or how we could use our imagination back then but I wont. Instead I will simply say that when there was a jump in quality from one machine to the next it amazed us and we appreciated it.

Next Ghosts and Goblins game into my life, my brother’s friend was the first to have it on his megadrive which he would bring round to our house. One day he turned up with that and Rambo 3 and we all pretty much spent the better part of about 6 hours trying to get as far as we could in the two of them. I got the megadrive version myself some years latter. When I first saw the SNES game Super Ghouls and Ghosts my reaction was oh they ported it to the Snes and felt they needed to add a Super in to the name big deal been there done that. I was wrong though. I don’t know if you could fully describe it as a sequel as there seems to be a lot taken from both Ghosts and Goblins and Ghouls and ghosts in this game so it’s either just a sequel sticking very close to the original format or it’s a sort of Ghosts 2.5 semi sequel of sorts. What I do know though is that it is more than worth owning both the Megadrive and Snes games if you can pick them up, and if you like a challenge.

If you don’t like games that will repeatedly hammer you into the ground, that will repeatedly see you die and have to try again and again then do not go near this game. If you enjoy a challenge though and you get a great sense of pride from doing what moments before seemed almost impossible then this game is going to be digital crack to you. A friend of mine well his parents used to have a sort of agreement with him, he didn’t get much pocket money because they thought he would spend it all on sugared sweets and run around fruit loops so they used to give him a small amount but then they’d buy him games every now and then throughout the year. One of the rules though was that his Dad picked the games so he didn’t get rubbish ones (he got a say in his Christmas and birthday presents but not these random games) and that he had to be completing games in order to get new ones…. and yep you’ve guessed it the poor git got brought Super Ghosts and Goblins. I had gotten it myself so we used to compare how far we had got at least until the day he begged his folks for permission to trade it in for something that didn’t make him scream.

The graphics were kind of basic but had a lot of color in them and fitted the theme well. The music though man I loved the music from the very first time I heard it. One funny thing to note is that there used to be a sofa place not sure if it still exists if it does it certainly isn’t on TV anymore but it used to be called ‘’The Leather Warehouse’’ and for some reason I couldn’t Listen to the song in the first stage without singing  ‘’The leather Warehouse at a moment where it seemed to fit in’’  (the song goes kind of  Daaaa dadd daaaaa daa daaaa daaaa daaaa   followed with a silent pause and in the silent pause id always shout it) I was at a gaming convention in there retro room one year (Game City) which is held in Nottingham and I was playing this on the big TV and even did it, have to admit lots of people looked at me very strangely especially the younger ones who probably didn’t know what I was on about or thought it was some kind of bondage club… Still I digress the music gets in to your head so deep.

I love the game but it’s a hard one to rate as it all depends on if you like a challenge if you do then its an 8 out of 10, if you don’t then well its more a 5 or a 6 as your not going to be saying its bad but you will soon be referring to it with swear words and feeling like you wasted your money. Plenty of copies of this game cart only sell for around the 15 quid mark or more even imports. I would suggest it might be wise to look at investing in one of Capcoms classic collections as you wont pay much more and you will get a bunch of other games with it.. there have been classics like this for the ps1, ps2, psp etc. Capcom its stuff like this that makes me remember my love for you. 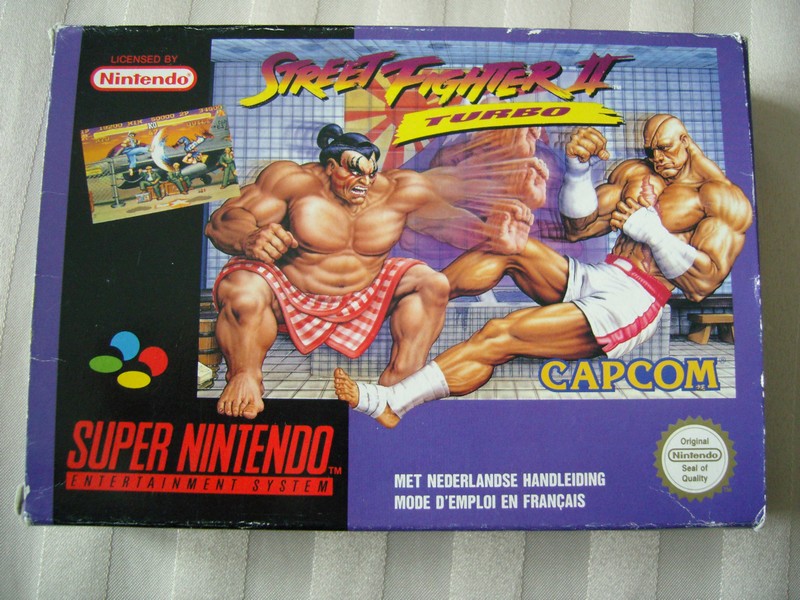 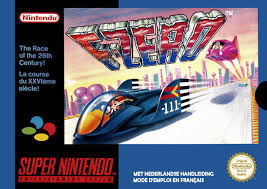 So yes Fzero was the very first Super Nintendo game I ever got to sample and I knew one thing from the first time I played it and that was, I needed to get a Super NES. The problem was I had only just gotten a Megadrive for the Christmas that had passed so I thought asking for one for that Christmas would be seen as ungrateful, besides I knew my mum she had probably already started buying stuff in advance, no I was going to have to wait it out for over a whole year.
Christmas came and I got lots of stuff but didn’t get a SNES, but lots of my friends did, and I was soon visiting them playing on their machines and enjoying it, but nobody got FZero. From the day they removed the Demo Unit from the shop till the next time I would end up playing on the game which had awoken me to the wonders of the Super Nintendo to the day I would hold it in my hands was probably separated by probably a year and a half. I got the SNES a year after a lot of my friends, but even then I was the only one to have both a SNES and a Megadrive, all of the others stuck firmly to one camp and defended their choice day in day out with every fibre of there being.
It is probably the greatest complement I can pay to the game to say that it was worth the wait and that it was the machine that made me buy a SNES.
For those of you who haven’t played it and as a recap for others here is a little information. F-Zero is a futuristic racing video game developed by Nintendo EAD and published by Nintendo. The game was released in Japan as one of the two launch titles for the machine. The game takes place in the year 2560 and can best be thought of as a sort of futuristic Formula One you can choose to play as one of four characters each of them having their own particular hover car. The player then races against computer controlled opponents in fifteen tracks divided into three leagues.
F-Zero is acknowledged by critics to be the game that set a standard for the racing genre and the creation of the futuristic sub-genre. F-Zero wasn’t just a good game though it was an early example of what the SNES could do with the use of the graphical mode called “Mode 7”. This graphics-rendering technique was an innovative technological achievement, it helped show that the Snes could perform certain tricks which other consoles would struggle with (Mode 7 is a graphics mode on the Super NES that allows a background layer to be rotated and scaled on a scanline-by-scanline basis to create many different effects.) This game showed that the SNES wasn’t just a powered up console it was a new machine which had brought new technology and innovation to the table.
The graphics, the sound the sense of speed everything in this game seemed to be designed to get you hyped, to get you playing filled with excitement not just for the game but for the very future of this machine and this is something I feel it did well. It was an easy game to pick up but a hard one to Master. Even to this day there are races on this game which will make you feel like your blood is boiling, like you are travelling at 5000mph, it is quite simply that good.
I Would give this game a solid 9 out of 10 and I have seen it sell for around the 10quid mark online although it can go for more, if you own a Snes and you don’t own it buy it. I hate the fact that since the cube version Nintendo just seem to have left this game series to rot, the only reminder being the fact you can buy it on Virtual console, some would say Wipeout out did it, but while I love wipeout as well I think there is always room for More Fzero (the studio that did Wipeout has since died but members of it have reformed as a new studio to make a game which is a follow up in spirit if not in name)