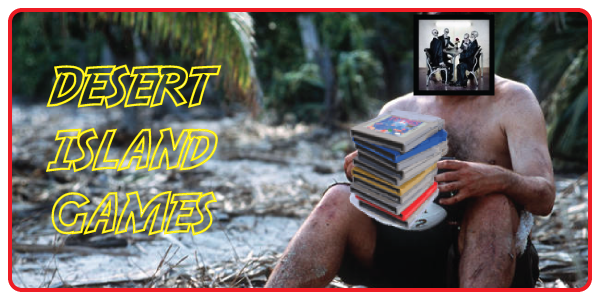 After a couple of very interesting retro choices for games one and two, we’re here again to look at MHTL’s picks for three, four and five.

F-Zero GX is the successor to F-Zero X and continues the series’ difficult, high-speed racing style, retaining the basic gameplay and control system from the Nintendo 64 game.  Released worldwide on the GameCube in 2003, it actually runs on a modified version of the engine used for launch title Super Monkey Ball.

Why do you think Nintendo haven’t released a console F-Zero game since this one?
Well you ask me this question pre-E3, so….

It’s unfathomable. I’m not usually one calling for yearly updates or new sequels, but it’s been 14 years and two whole Nintendo generations since we’ve last had a new F-Zero game. It’s a franchise which has been almost universally praised, sold pretty well and been fondly remembered by an awful lot of people. It’s always near the top of Nintendo fans’ wishlists, so I can’t think of a reason why they haven’t developed one, or farmed it out to another studio as they did with GX. I think a new one on Switch would be a big seller, indeed it might even convince me to jump in.

Is this a choice from the heart or the head?
This one’s a bit of both. I really wanted a GameCube game in my line-up, it’s my favourite console of all time and should be represented here, but many of the games simply don’t suit the Desert Island setup. There’s a lot of local multiplayer gems or classic platformers that I’ve already explored and some unique experiences that are a bit shorter-lived. Then I realised I hadn’t picked any kind of racing game and the choice was a bit of a no-brainer.
GX is an incredible experience, fast as hell and controls like a dream. There’s plenty for me to get my teeth stuck into here, numerous cups spread over multiple difficulties, a hard as nails story mode, and when that’s all done there’s improving times via time attack. In theory shaving milliseconds off previously unbeatable times should keep me entertained for ages. This game also reminds me of a great time when I competed in NGC magazine’s ‘I’m The Best’ competition, alongside other members of the GamesRadar community. This was kind of a precursor to Xbox achievements – challenges set by the magazine which when completed would earn you points on an overall leaderboard. We had to record ourselves on videotapes and then send those in to the magazine as proof, which sounds crazy in this day and age! The wonderful sense of community in those days as the people on the forum helped each other out with tips, trading games and generally encouraging one another stands out as one of my favourite times in gaming.
Have you played it recently and does it still hold up against the likes of Wipeout or Fast RMX?

I haven’t played GX since I sold my GameCube in the great retro cull of 2013. The last time I did (which was probably a few years before that) I found while graphically it had dated, it still played just as well as ever. The problem I’ve found with other similar titles is that they always try to complicate the game with different mechanics, weapons, or other such nonsense. I remember picking up a Gamecube game called Extreme-G 3 at around the same time as F-Zero, and whilst it was perfectly competent it never found itself stuck in the disc tray for weeks on end, never got picked for multiplayer at social gatherings. I think F-Zero’s purity is what makes it such a classic game.

Given you can chose any game at all, would you prefer a deluxe sit down F-Zero AX arcade cabinet instead?

And pass up the opportunity to get hands on with that GameCube pad again? Never! But seriously, I think the extra tracks and content on the GC version make it the definitive one. I’m not going to pretend GX is a perfect game. The story mode is way too difficult, and the discovery of ‘snaking’ ruined time trial for me back in the day (really I was just salty that I couldn’t pull it off). But those criticisms wouldn’t factor for me alone on a desert island, so I have no reservations at all at picking F-Zero GX as one of my eight games.

What was your first experience of Geometry Wars? Did you play it in Project Gotham Racing 2?
Yes, but that’s not exactly where the obsession started. The first game when it launched on 360 early days was revelatory. I adore score-chasing (obviously) and it did something really simple, it placed the next highest score to you in the top right hand corner, providing constant encouragement to improve. It helped launching when it did – Xbox Live Arcade was in its infancy and there were barely any titles available, but man I played that game for hours.
The game itself was fantastic, handled like a dream and looked amazing on my new HD screen. I love shmups (indeed, I wanted to include many others on my list) and this is one of the very best. It’s worth mentioning also that Geometry Wars is one of the first games to take the achievement concept and use it for changing the way you play the game. Adding things like the pacifism achievement (for surviving a minute without firing) was one of the first examples of this, and still regarded in the achievement community as one of the most important developments in this field.
What made you choose 2 over 1 or 3?

It’s simply an excellent expansion of the first game. Giving the player different ways to play whilst still maintaining the core gameplay is a masterstroke. There’s Deadline, which gives you three minutes to score as highly as you can. King where you can only shoot from certain zones. Pacifism builds on that achievement from the first game, forcing you to survive as long as you can with no weapon. Waves is fairly self explanatory, and Sequence gives you a succession of various ‘rooms’ of enemies to fight. Finally you can play it old school in Evolved. And most important of all, each of these has their own score board, and they’re all right there on the start screen, goading you into one more try.

Having six different games meant that there was always something for you to improve on, always someone claiming your record in King, always room for improvement in Pacifism (definitely this for me, I was terrible at it). And while the games weren’t all perfect (Sequence is perhaps the weak link) the balance and variety of games make this the definitive Geometry Wars experience. I think it makes a perfect desert island game.

The third game is fine, but it diluted the formula with far too many levels and game types. The addition of an adventure mode was an obvious idea, but in practise it was unbalanced and the boss levels are truly awful. The worst thing about it is no-one cares if someone beats your score on level 27, there’s just too many score boards to really focus on. The lack of purity really hurts the replay-ability of the game, I haven’t been back to it since I got the 1000G.

I’ve played a fair amount of 3 on Vita but I’m dreadful at it, where am I going wrong?
You want me to reveal my secrets? Never!

OK, just a little tip. Turn the music off. It’s distracting and learning the sounds enemies make when they appear gives you a massive advantage.

Originally released as freeware on PC in 2008, Spelunky was remade for Xbox 360 in 2012 and subsequently released on just about every platform under the sun. Borrowing significantly from the roguelike genre, each level is procedurally generated meaning no two runs are alike. It was also ranked third on Eurogamer’s Games of the Generation list in 2014 (behind Dark Souls and Super Mario Galaxy).
What makes the Xbox 360 your Spelunky machine of choice? It was on permanent rotation on my Vita for a while, which seemed like a perfect fit for that platform.
Interesting question, and to be honest I hadn’t even considered that. I guess the simple answer is that I’m not really a big fan of handheld gaming. I’ve had a Game Boy, a Nintendo DS and even a PSP at one point but they always end up getting less play time than my home console. I like the idea of having a portable console but in reality they’re never actually that portable, these days I tend to stick to my mobile phone if I want gaming on the go. Given this desert island scenario, there’s no reason to play on anything other than a nice big TV (I am getting a big TV, right?

Did you max out the achievements on it? If so, is there going to be enough content to keep you going?
No! It’s one of the reasons I picked it actually. I love a nice difficult game and Spelunky has plenty of challenge there to get your teeth stuck into. The achievements (I promised I wouldn’t talk to much about this!) are really well designed too, helping you understand the basics, pointing you towards alternate paths through the game and also playing the game in a different way (without collecting any treasure, for instance).

The other reason I picked Spelunky is the obvious one. I wanted a platformer but generally those games offer little incentive to replay. The randomly generated nature of this game means I’ll always have a different world to go back to. It’s so brilliantly designed too, meaning that despite being random, they hardly ever feel unfair. And even if you do get cheated with a trap placed right next to the exit, it’s one of those games where ‘one more turn’ quickly turns into 10.

I think the structure of the game is perfect, I love the way you have to search all around the levels in the hope of finding certain items that will unlock other areas later on. It’s a game about managing resources as well as platforming, and one where you have to be constantly on your guard – 15 minutes of careful planning can go up in smoke in a blink of an eye if you misjudge something. I really like that sense of constant tension.

Is it something you still go back and play?
Yeah, it’s a perfect gaming ‘snack’ for in between more substantial story driven games. It was recently added to the Xbox One backward compatibility programme, which has meant it’s even more convenient to boot up for a quick bash. Perhaps one day I’ll manage to find the path to hell and finish the game in one sitting. Maybe.